Alhamdulilah the second day started off normal, and thankfully my brother called to wake me up for Sahoor because alarm Na (is) scam. I didn’t get out of bed until around 4:45 after my inner battles of leaving the bed and what to eat for sahuur.

Anyways I didn’t come to a conclusion until around 5am and I decided to settle for Oats and milk. I ate as fast as I can while side eyeing the time and took my ulcer drugs after. (Ulcer patients please use your drugs, it’s so important!)

Fajr came and I was still on my couch doing ‘5 more minutes, let me rest a bit’ best believe I slept off and I didn’t pray fajr until around 8am.

One thing I’ve found hard to fight off is that After-sahur/ Fajr sleep. Isn’t that a demonic thing?

Alhamdulilah I felt good about my prayers today because I literally named a lot of people and prayed for them. Yaaas. I prayed for money too,strength and a host of other things.

Let me tell you guys, procastination should be the number two if not first thing on your prayer point. I said I was going to start the Qur’an yesterday and I didn’t then I found a guideline on twitter and was set to use that today.

I only had a few things on my To-do list which were to:

Oh I was going to say that my Chef Faree skills hasn’t really kicked in this month and my mom has hired a help to get things done. But I had Jollof rice and beans for Iftar and I took someone’s juice from the fridge. I mean, we’re all fasting innit?

I tried as much as possible to hold my tongue from saying abusive words and I was extra careful with my intentions today. Alhamdulilah!

And for a while there, my neighbor was bored and wanted to talk about Bob risky‘s alleged boobs. Nahh sis, not now.

Fancy Pyjamas that I careful brought out and Ironed because I was feeling a lot like a minimalist ‘Working in my PJs’ vibe. And thanks to the light that was existent throughout the day, I didn’t have to regret my decision.

Check back tomorrow at 9PM WAT for a new episode of Ramadan Diaries. You can subscribe below to get updates first!

What’s on my Wishlist and Current hook-ons 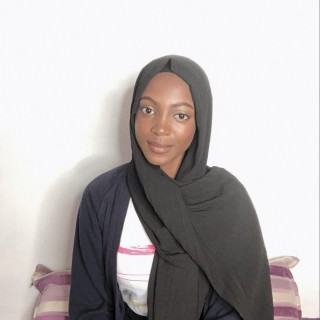